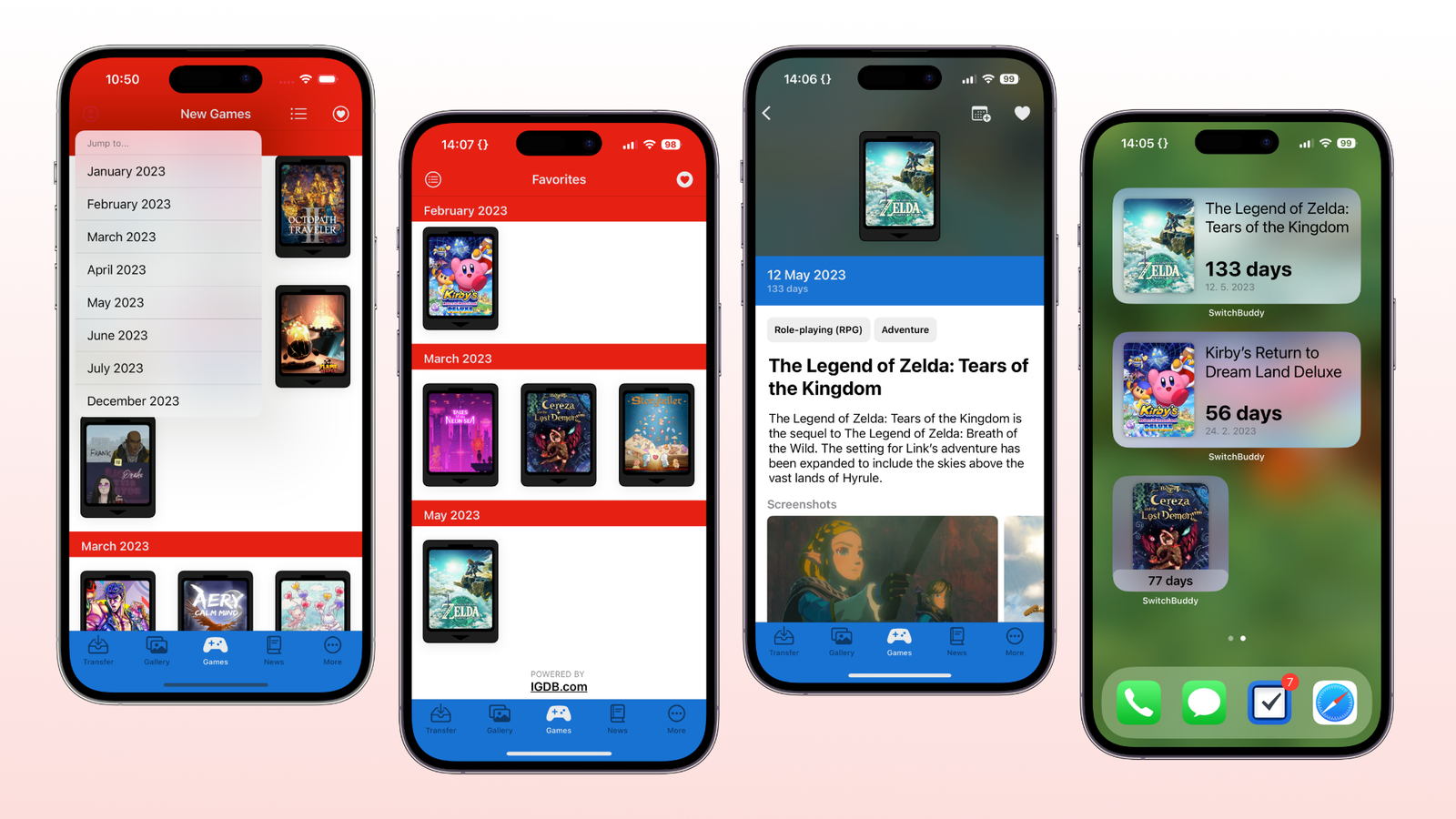 SwitchBuddy adds game releases with countdown widgets, and other improvements

The biggest update for SwitchBuddy launches on January 26 on iOS and iPadOS. The main feature of the new version is the brand-new "Games" section listing upcoming game releases for the Switch game console. The app uses the popular IGDB game database.

Users can view upcoming games in a grid or a list. Games are grouped by months for a quick orientation and feature-rich detail pages with screenshots, trailers, and links for more information.

Release dates are region-aware. Based on the device's location, our backend server returns the correct release date for a given game.

Games can be shared via universal links, and sharing will work across platforms once the new update is available for Android.

Alongside the Games section, this update brings a few quality-of-life improvements to other parts of the app. Users can resize gallery thumbnails and view screenshots in landscape orientation.

Users can configure news articles to open in-app or via the default browser. The same preference applies to YouTube videos.

To make the app's future development sustainable, version 3 launches an optional Plus subscription, priced at 18$ / year.

SwitchBuddy version 3 will be available via App Store from January 26. The Android version of the update is currently in development.

The new version can be tested via Apple TestFlight.