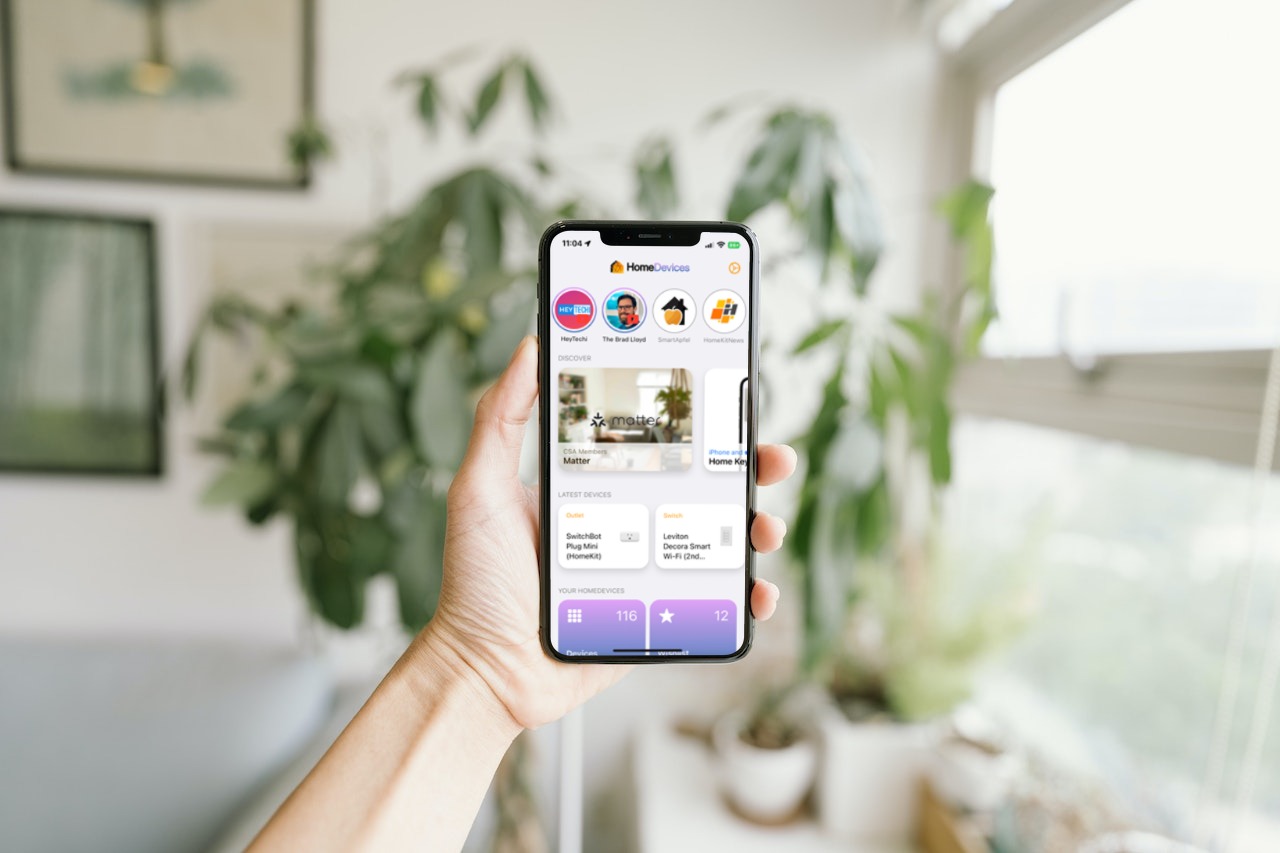 Just in time with iOS 16, HomeDevices also shines in a new design inspired by the Apple Home app. We have also integrated the most requested feature: From now on, devices can be filtered by characteristics.

With HomeDevices, we want to show users the possibilities of individual HomeKit devices even before they are purchased. What can be controlled? Which sensors are installed? What can be used in automations? HomeDevices answers all these questions at a glance. In order to make the user experience as simple as possible, we have based the appearance of the devices on Apple's Home app. Since this app has received a new design with iOS 16, we have also adapted HomeDevices accordingly. We also used the design adjustment to replace some of the icons. 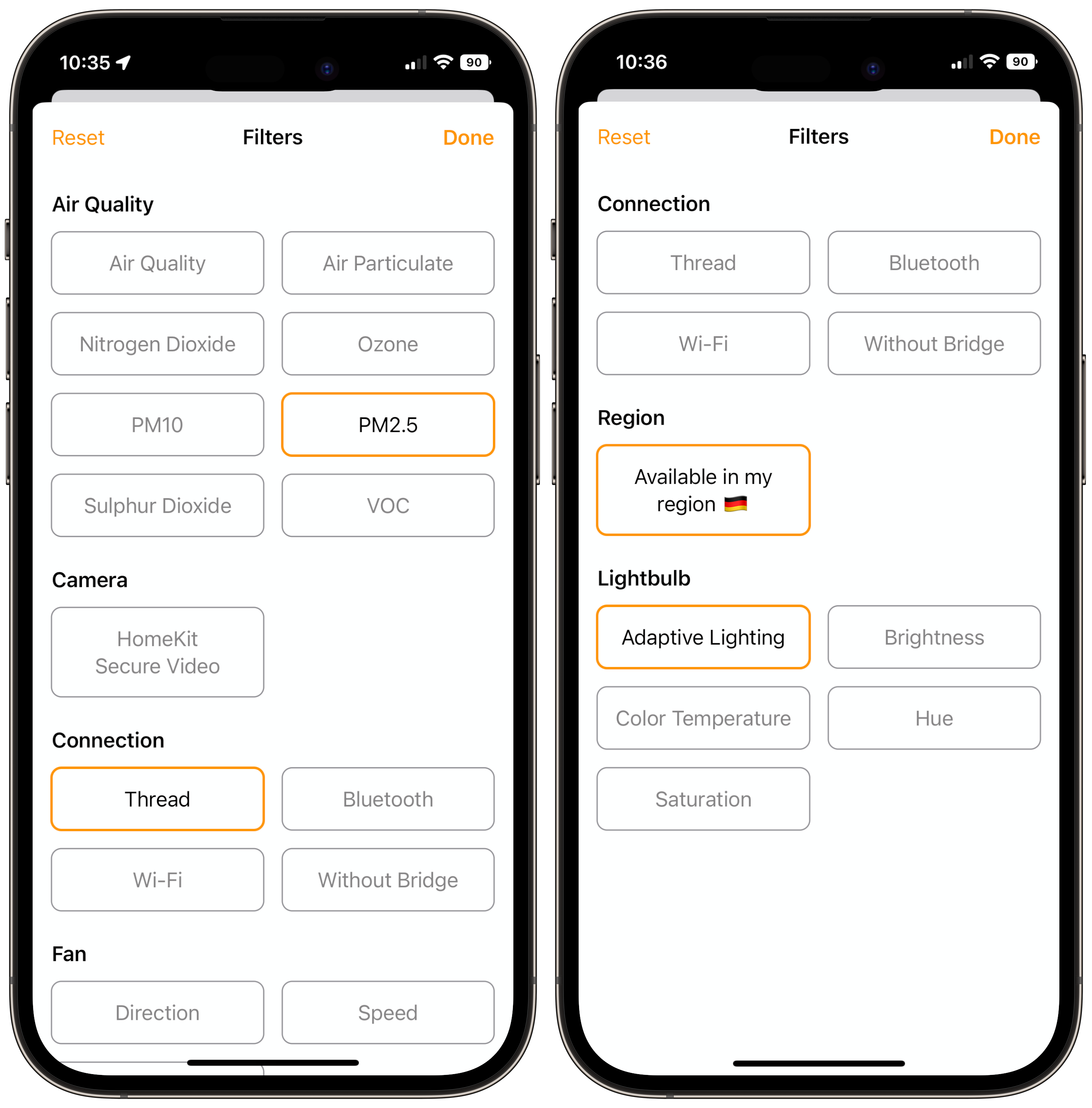 Sometimes you are looking for a device that combines different functions and features. Whether it's a colored lamp with Adaptive Lighting, an air quality sensor with PM2.5 sensor and Thread, or a wireless switch with Single Press, Double Press and Long Press. Within the device categories, any filters can now be combined to quickly and easily find the right devices. 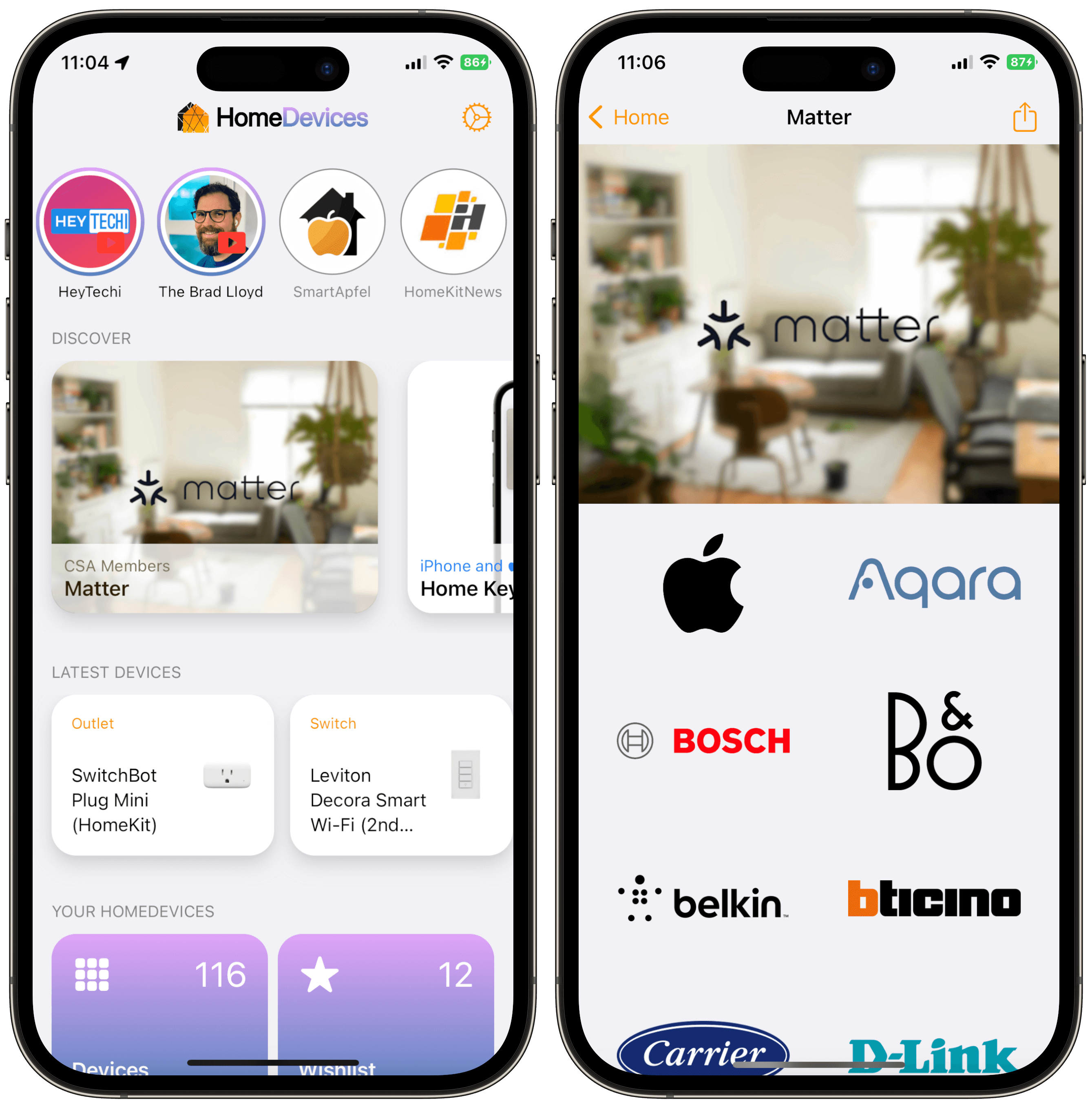 We can' t wait for the launch of the new smarthome standard Matter either. In order to be able to display Matter devices in addition to HomeKit devices in the future, we are already preparing HomeDevices for this. Under the hood, the first precautions have been taken. As a first foretaste, HomeDevices 2.0 has a new collection on the home page that lists all manufacturers of HomeKit devices that want to support Matter in the future.

Behind HomeDevices is a two-person team from Germany. While indie developer Yannic is responsible for the further development of HomeDevices, Daniel takes care of testing new versions, releasing devices and adds missing manufacturers to the database.