With version 1.3.0 users can use their iPad to setup videos which are later played on their Apple TV.

Chill Zones lets users to upload any custom video and then play it later in a smooth loop via the companion Apple TV app. With the Smart Shuffle feature the app mimics the official Apple screensavers. 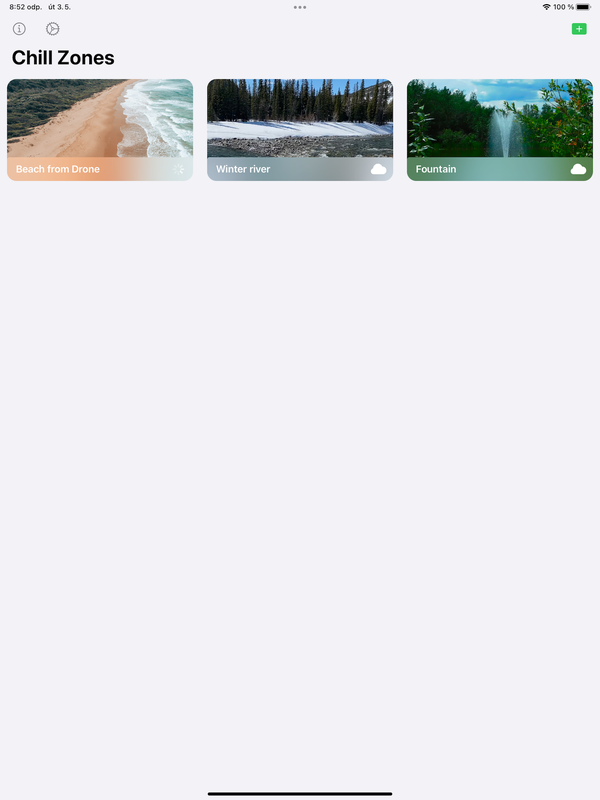 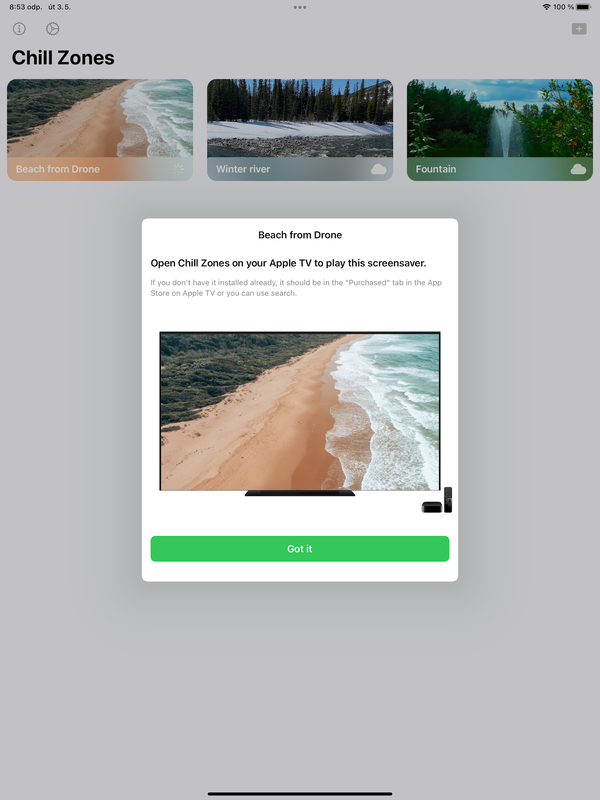