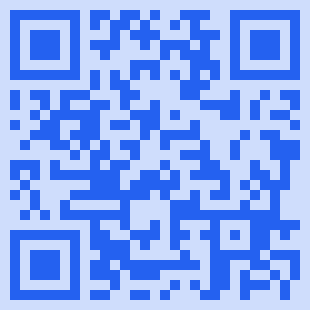 AppBlock is bringing completely revolutionary app-blocking capabilities to iOS 16 users, giving them control over their free time. Thanks to the new use of the Screen Time API, AppBlock puts a previously unseen ability to control app usage in the hands of the user, helping to get rid of phone dependency, improve the ability to focus and improve overall digital well-being.

AppBlock is an app for blocking websites, notifications, and apps that can serve as a distraction at any given moment. At work and still can't put down a favourite game? At home but constantly checking work chat? AppBlock can handle that too.

AppBlock has long been the No. 1 app blocker on Android, and now with the arrival of iOS 16, it's becoming the first choice for iPhone users as well.

AppBlock is a free to download. Additional features and functionality can be unlocked with the AppBlock Premium purchase which removes all limitations and ads.

With AppBlock for iOS, users can block various distracting apps and any And every web page in Safari. Either with a simple on/off switch or scheduled blocking for maximum flexibility.

QuickBlock is the quick way to start blocking distracting apps and websites. QuickBlock is a single list of apps and sites users can block simply by toggling it ON. Premium subscribers can also begin QuickBlock with a timer; it stops blocking once it expires.

Users looking for more flexibility with blocking should use Schedules. Users can set schedules to be active only on particular days and during specific intervals.

Strict mode is there for everyone who has a problem with keeping their own personal resolutions. Once the user activates it, they cannot change AppBlock settings for a predetermined amount of time. This makes it more likely for new habits to be picked up. Strict mode can also be set in the premium version to activate the lock once any Schedules are active.

Due to the Screen Time API design, AppBlock cannot see what apps users have installed and which apps they want to block. iOS manages the picker component, and AppBlock is given just a list of random tokens (unique to each installation). From a user point of view, the user sees nothing unusual other than an accurate list of installed applications.

We plan to integrate device usage statistics (similar to what Screen Time in Settings offers) to give users insight into their phone habits. We have already experimented with this during beta and have almost finished implementing it. However, the APIs aren’t stable yet - we have run into various glitches and issues.

Focus Filters will also be coming to AppBlock at a later date. Currently, we plan to have schedules that get turned on and off based on the user’s selected schedule.

Who is this app for?

With the new iOS 16 and Apple's open approach to us developers, we can once again move AppBlock closer to our goal of becoming the ultimate tool for people with attention deficit disorder, people with phone or social media addiction. To be a tool to improve productivity by reducing the amount of distracting impulses. To free people from the overuse of smartphones and notifications and once again make it a helper and not a time usurper.